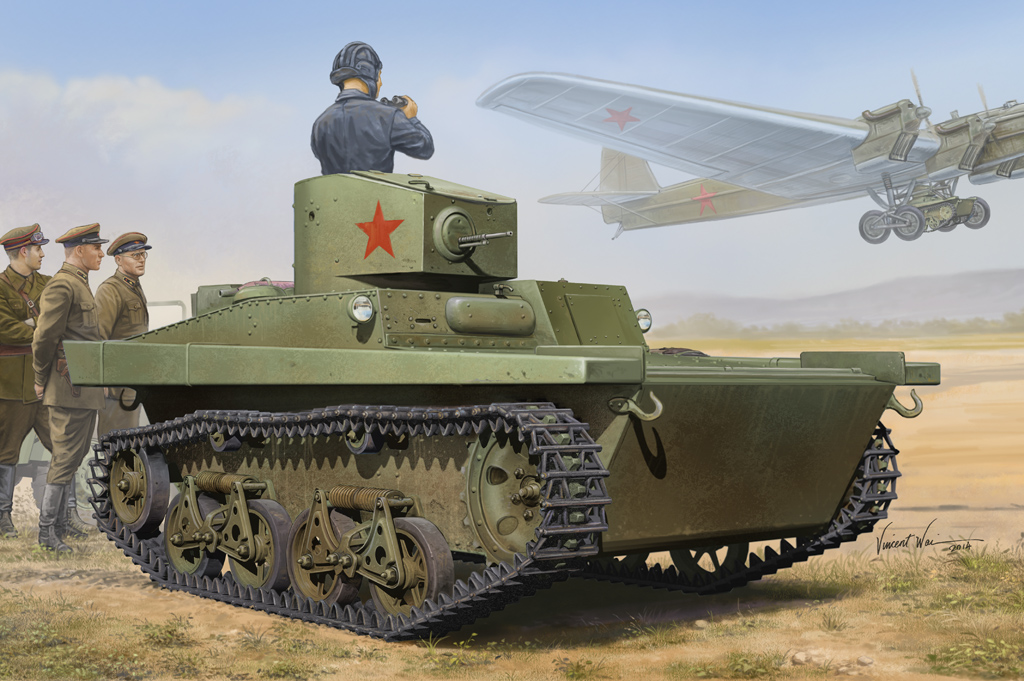 Soviet T-37A Light Tank(Izhorsky) 83821Model:83821The proportional model:1:35Browse the number:4039Add to FavoritesCommentProduct introduction: The T-37A was a Soviet amphibious light tank. The tank was first created in 1932, based on the British Vickers tankette and other operational amphibious tanks.The T-37A was the first series of mass-produced fully amphibious tanks in the world. In the Red Army, they were used to perform tasks in communication, reconnaissance, and as defense units on the march, as well as active infantry support on the battlefield. The T-37A were used in large numbers during the Soviet invasion of Poland and in the Winter War against Finland. The T-37 A was also used by the Soviets in the beginning of the Great Patriotic War, but most of them were quickly lost. Surviving tanks of that type fought on the front lines until 1944, and were used in training and auxiliary defense until the end of World War II. Item No 83821 Item Name Soviet T-37A Light Tank(Izhorsky) Bar Code 6939319238214 Scale 1:35 Item Type Static kit Model Dimension Length: 109.8mm Width:59 mm Total Plastic Parts 310+ Total Sprues 16 sprues and lower hull Chromeplate Parts n/a Resin Parts n/a Metal Parts n/a Photo Etched Parts 1 piece Film Accessory n/a Released Date 2014-11 More Features the kit consists of over 320 parts