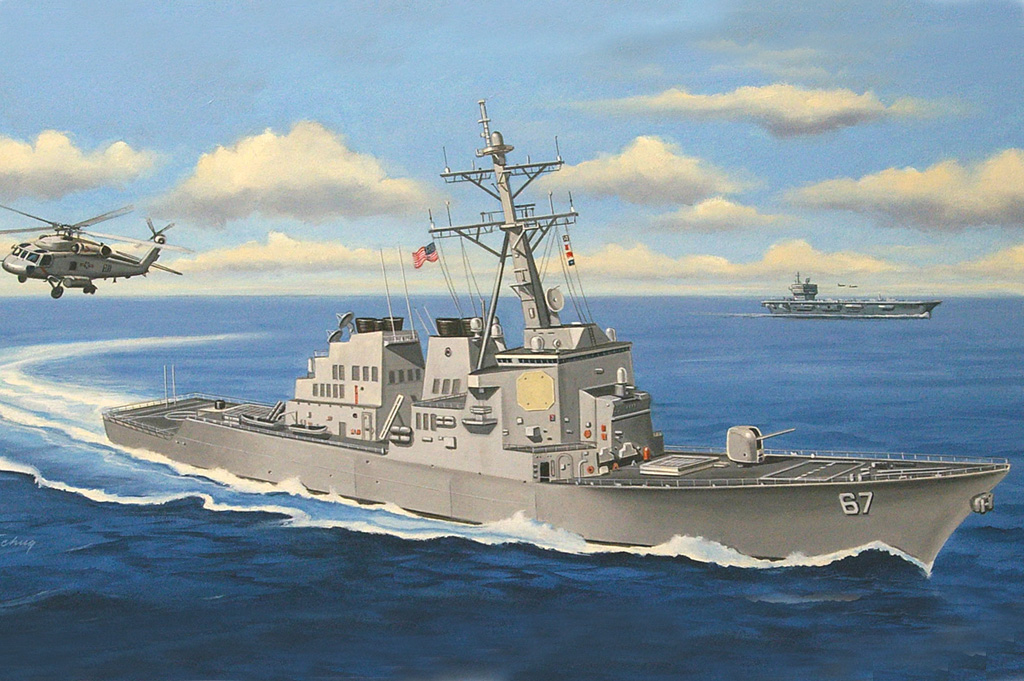 USS Cole (DDG-67) is an Arleigh Burke-class Aegis-equipped guided missile destroyer homeported in NS Norfolk, Virginia. The Cole is named in honor of Marine Sergeant Darrell S. Cole, a machine-gunner killed in action on Iwo Jima on 19 February 1945, during World War II. The ship was built by Ingalls Shipbuilding and was delivered to the Navy on 11 March 1996. On 12 October 2000, the Cole was attacked by Al-Qaeda terrorists who committed a suicide attack in the Yemeni port of Aden; seventeen sailors were killed and thirty-nine were injured, and the ship was damaged.On 29 November 2003 Cole deployed for her first overseas deployment after the bombing and subsequently returned to her homeport of Norfolk, Virginia on 27 May 2004 without incident.